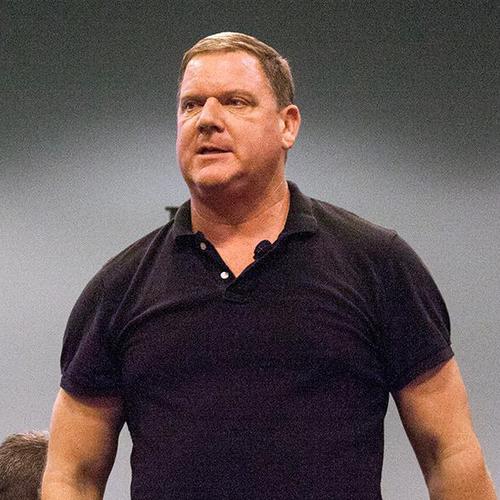 Dan John has spent his life with one foot in the world of lifting and throwing, and the other foot in academia. An All-American discus thrower, Dan has also competed at the highest levels of Olympic lifting, Highland Games, and the Weight Pentathlon, an event in which he holds the American record.

Dan spends his work life blending weekly workshops and lectures with full-time writing and is also an online religious studies instructor for Columbia College of Missouri. As a Fulbright Scholar, he toured the Middle East exploring the foundations of religious education systems. Dan is also a Senior Lecturer for St Mary’s University, Twickenham, London.

His books, on weightlifting, include Intervention, Never Let Go, Mass Made Simple and Easy Strength, written with Pavel Tsatsouline as well as From Dad, To Grad. He and Josh Hillis co-authored “Fat Loss Happens on Monday.”

In 2015, Dan wrote Can You Go? on his approach to assessments and basic training. In addition, Before We Go, another compilation akin to Never Let Go became an Amazon Bestseller.

In early 2017, Dan’s book, Now What?, his approach to Performance and dealing with “life,” became a Bestseller on Amazon. Hardstyle Kettlebell Challenge, published also in 2017, focused on the keys to the kettlebell.

His most recent book, Attempts, is a collection of short essays for both the professional coach and trainer and the “rest of us.” He is currently working on a new edition of “Easy Strength” with Pavel.