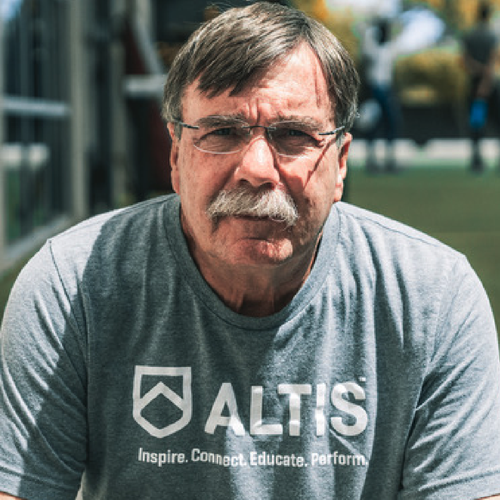 Internationally experienced and recognized educator/coach with forty-five years of multifaceted work. Background in directorships of international training centers, coaching staff development, Division I intercollegiate track and field as a head coach, as well as numerous assistant coaching and teaching positions. Extensive experience as a lecturer and curriculum designer for international, national, regional, state, and community level sports theory symposia and schools. A highly qualified leader with demonstrated abilities in integrated support team management, coach and support staff development/mentoring, and community relations. Actively involved with consulting services to a number of professional teams, support staffs, and individual athletes in a variety of sports both domestically and internationally. Internationally recognized as a high-performance center director having served domestically and internationally.

Lectured in thirty-seven countries and published in over twenty countries.

Appointed coaching education curriculum chair for both the United States Track and Field Coaches Education Schools and the NACAC Caribbean Basin Project. Lead instructor for each organization at the Level I, II, and III schools.