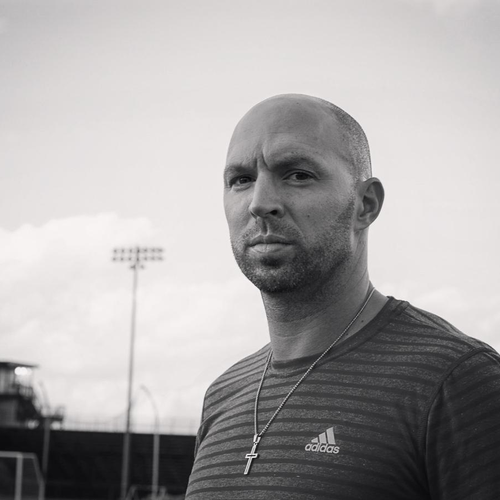 Coach Ernie Clark is a leader in teaching athletes technique and purpose in any sport. His ultimate passion lies in the Sprint and Hurdle events in Track & Field. He is currently a Sprints and Hurdles Coach for the Spartans at San Jose State University.

Coach Ernie Clark is in his 21st year of coaching track and field and was previously the Sprints and Hurdles coach at DII powerhouse Ashland University. Coach Clark and his sprinters/ hurdlers quickly progressed into one of the nation's best programs in 6 seasons. Coach Clark led the sprints/hurdles squad to several NCAA Records, Conference Records, and School Records.

Clark's first collegiate position was as an assistant sprints and hurdles coach at Indiana University in Bloomington, IN. Prior, he was Head Coach of the Bloomington High School North Track & Field Team while assisting the Girls' squad from 2009-14. His training responsibilities were over all sprinters, hurdlers, and jumpers in the Cougar boys' and girls' program. Clark's athletes overtook 24 sprint, hurdle, and relay records after his arrival at Bloomington North. Clark led his program to the Team Sectional Championship in 2011, 2013, and 2014 and a Regional Championship in 2014.

Coach Clark also created and headed the Elite Hurdle Club(2011-2013), assisted in the Indiana Track Club in the winter and summer, and is Coordinator and Coach of multiple Elite Hurdle Camps(2009-2021)