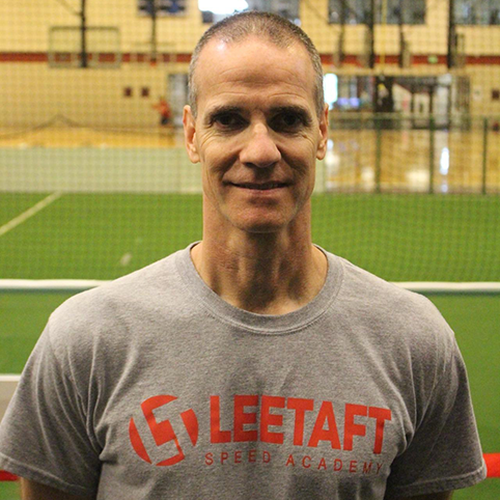 Lee Taft, known to most simply as “The Speed Guy”, is highly respected as one of the top athletic movement specialists in the world. In the last 30 years, he has devoted the majority of his time training multi-directional speed to all ages and abilities. He has spent much of this time teaching his multi-directional speed methods to top performance coaches and fitness professionals all over the world. Lee has also dedicated countless hours mentoring up-and-coming sports performance trainers, many of who have gone into the profession and made a big impact themselves.

Since 1989, Lee has taught foundation movement to beginning youngsters and helped young amateur athletes to professional athletes become quicker, faster, and stronger. Lee’s entire philosophy is based on one of his most notable quotes, “Learning athletic movement correctly from the start is the foundation for athletic success.”

With the release of Ground Breaking Athletic Movement in 2003, Lee revolutionized the fitness industry with his movement techniques for multi-directional speed. His innovative approach to training has impacted how athletic movement speed is taught. Lee brought to light the importance and fine points of the “Plyo Step”, “Hip Turn”, “Directional Crossover Step” and athletic stance. According to Lee, “Speed and agility done right is about making sure we marry the natural movements athletes have with effective and efficient body control to maximize speed and quickness”.

Lee has been asked to speak at numerous strength and conditioning and sports performance events across the world and has produced numerous instructional videos and courses in the area of multi-directional speed and movement training. In addition, Lee has written several eBooks specifically on movement techniques and speed development.

Lee has had the opportunity to coach, train, and speak to numerous notable people and organizations throughout his career.